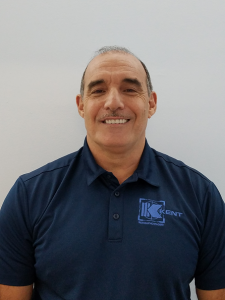 Nelson Barbosa was born in Havana, Cuba arriving in the United States in 1971 with his family at age fourteen.  He holds a Bachelor of Arts in Business Administration and Management and a minor in Business Law from Chicago Northeastern Illinois University (NEIU).  At NEIU, he also fulfilled all teaching requirements and taught as a certified teacher for the Chicago Board of Education and City-Wide Colleges until being hired by the Drug Enforcement Administration (DEA) in 1986.  During his tenure with DEA, he served as a Diversion Investigator (DI) responsible for the investigation of legitimate drug matters.   In 1990, he became a Special Agent of the Federal Bureau of Investigation (FBI) where he retired in 2013 after 24 years of service. During his employment with the FBI, he gained vast knowledge and experience in both counter-terrorism and criminal investigation and served two-tours, a total of six years, as a diplomat assigned to the U.S. Embassy in Bogota, Colombia. Barbosa is a Certified Fraud Examiner (CFE) and a Dade County certified Criminal Justice teacher and proud recipient of three honorable discharges from the U.S. Marine Corps, U.S. Army National Guard and the U.S. Army. He is married and has three adult children.